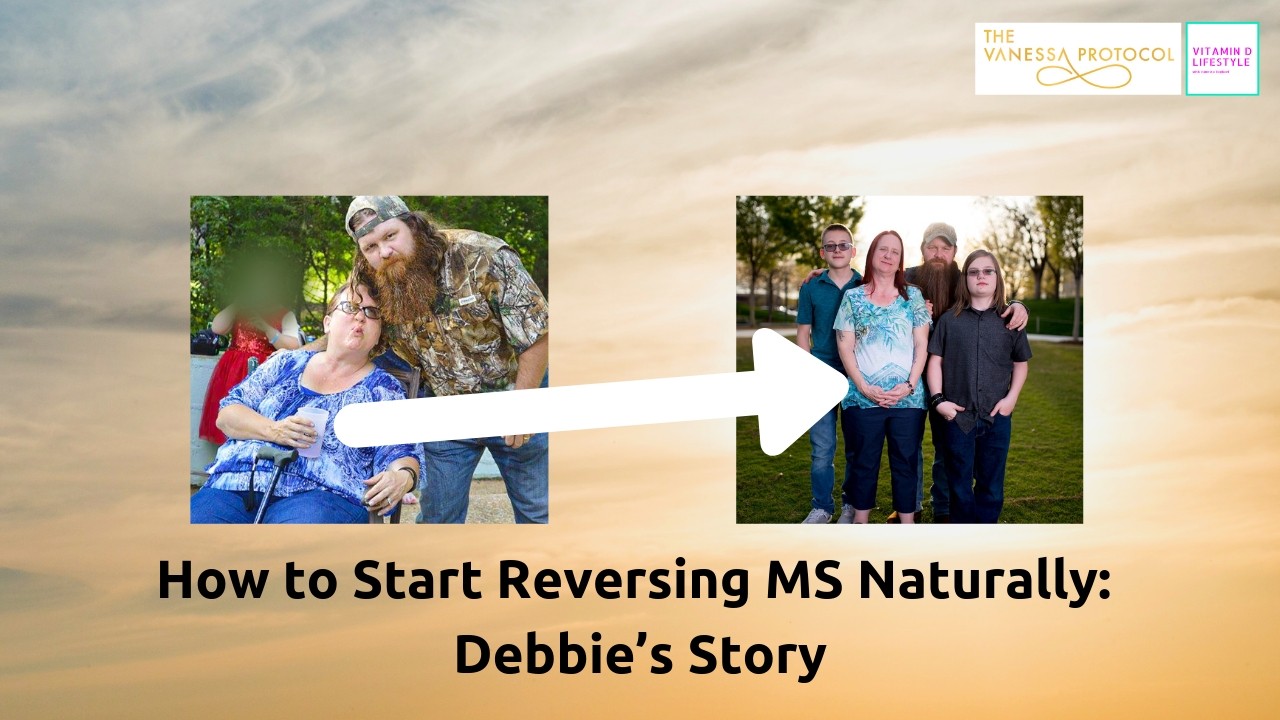 Debbie's Story in her own words:

In May of 2017, I began the Coimbra Protocol with a provider who was scheduled to go for training in October. The first 3-4 months were great. I had many improvements with fatigue, spasticity - and had a plethora of hair and nail regrowth. Best of all my, IBS-D disappeared!

In September I was switched to a higher dose of D3-but all of my co-factors and other supplements were completely changed, both brands and amounts! I began to have terrible bone pain that I really wanted to take opioids for. It was excruciating every time I tried to exercise!

I repeatedly reached out to my provider without any answers unless I paid for a full (expensive) visit. I noticed how secretive his practice became after his training in Brazil. I found out that my co-factors and dosages were all wrong! I was also having serious hair loss and nail breakage/bleeding! It was at this time that I decided to pursue personalized Vitamin D3 therapy, and I improved drastically! I will be forever grateful!

I also changed my diet to be mostly keto with intermittent fasting / fasting in fall of 2017. I have currently lost 85ish pounds.

Keto helped to alleviate a lot of the horrible symptoms I was having before I switch to personalized therapy. We did notice that as I lost weight, my body’s ability to handle D3 became reduced. I personally believe this was due to the fact D3 is fat soluble and I was releasing fat - which would possibly mean I was also releasing D3? It was suggested that I had some gene mutations, but after testing it was shown not to be.

I became aware during research on hair and nails that I was eating virtually nothing that contained iodine - and hadn’t been since I started eating so clean. I had cut all iodine fortified (processed) foods from my diet. While I eat fish and even seaweed yet not the amounts I need.

I waited months, but knew instinctively that if I didn’t address the deficiency that I would be in trouble. I was nervous about how to incorporate the iodine into my D3 therapy without having relapses. This is when I reached out to Vanessa because I knew she had already made that transition and was working on her own protocol.

June 2019 I began iodine therapy. It’s been up and down - but way more up than down. I absolutely love Iodine - because I feel amazing on iodine!!!

I mean that I feel whole, healthy, happy, safe, stable and relaxed when I take Iodine!

While Iodine is something we need, it’s also a detox. It’s something that must be done slowly. I’m so grateful to Vanessa for holding my hand during this time!

As my iodine usage has become more frequent and increased in amount, I have had to lower my D3 due to symptoms of too much D3.  I have reduced 3-4 times so far and I am currently taking between 22k-26k per day depending on how I feel and whether I’m taking iodine or not.

My personal theory is that iodine regulates hormones - and vitamin D3 is a HORMONE, not a vitamin. I believe the iodine is allowing my body to utilize the D3 properly for the first time in a long time!

Some days ago my hubby and I went to a restaurant, usually I have to wear my coat in restaurants because of the air conditioning, but for the first time in years the coat sat on the back of my chair untouched! Earlier I sat in the sun a bit in over 90°F weather (32°C) and noticed that I don’t feel it so harsh as normal! I’m super happy about that!

Disclaimer: This information is not intended to provide diagnosis, treatment or medical advice. Content provided is for informational purposes only. Please consult with a trained specialist/doctor regarding any diagnosis or treatment options. (I have to put this here for legal reasons, however if something great happens to you, please let me know 🙂 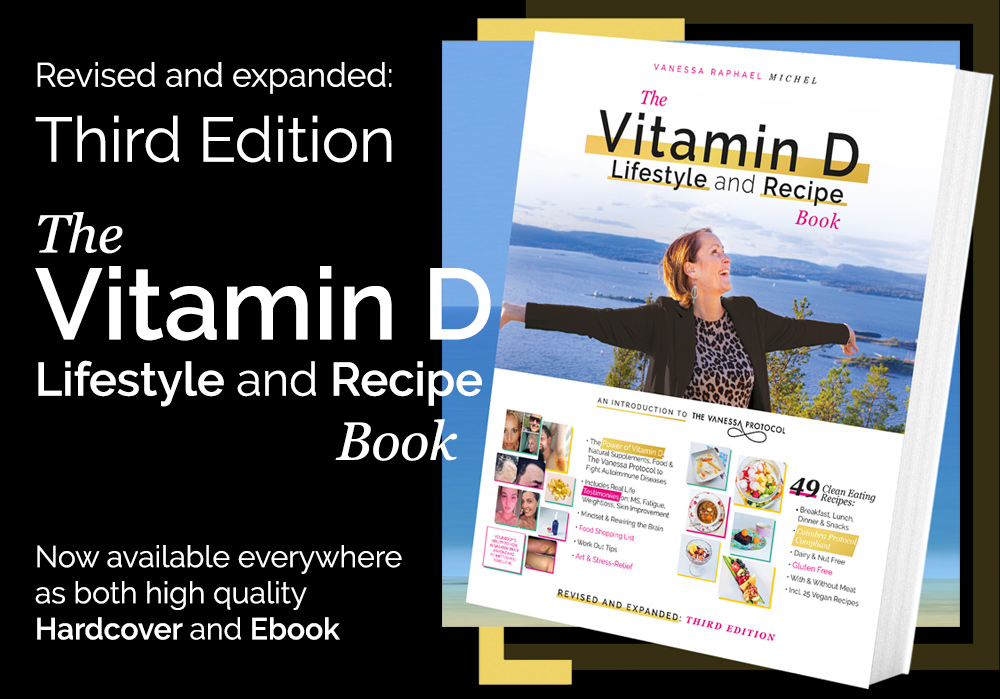 Ads for my products (and
products that I recommend): 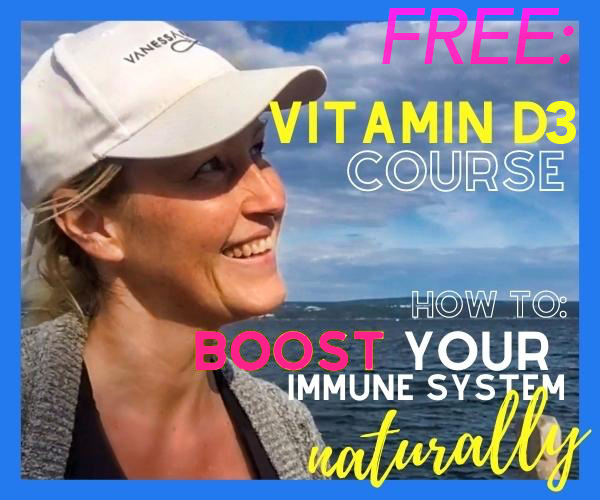 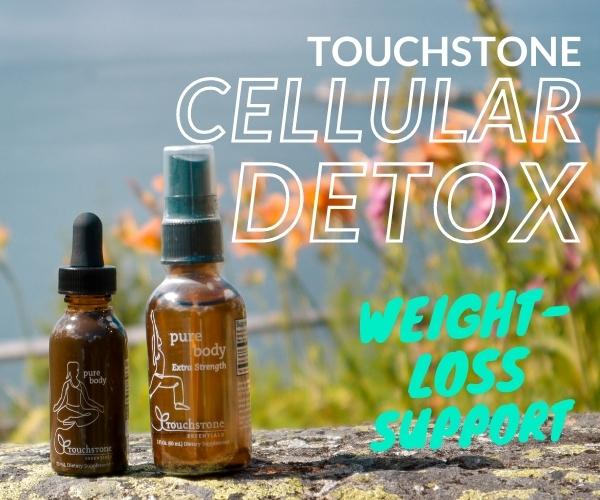